Established in 1993, The Golf Shop Online is a leading UK and EU online retailer, and our low prices, fast delivery and 5-Star Trustpilot rating makes us a popular choice for golfers.  We are fully authorised by all manufactures and stock their very latest ranges.  TaylorMade products are built and designed to the highest quality, Tour validated and used amongst the worlds best players; including Dustin Johnson, Rory Mcilroy, Jason Day, and let's not forget Tiger Woods!

We are totally dedicated in making sure we provide our customers the best shopping experience.  All our products come with a full warranty and full aftersales service. If you need any help or advice, please do not hesitate to call our sales team, speak to one of our professionals or drop us an email at sales@thegolfshoponline.co.uk 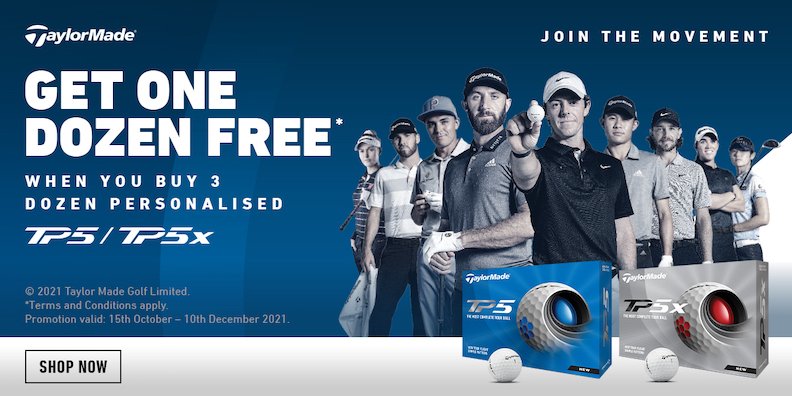 Free Delivery* On All Orders over £20 *Mainland UK only. Highlands and islands, Ireland and some remote areas excluded

As Used On Tour

TaylorMade is a leading manufacturer of golf equipment which includes drivers, fairway woods, hybrids, irons, clubs, wedges, putters and golf balls. They are dedicated to being the best-performance golf company in the world with its new innovations and technologies.

The company was started in 1979 by Gary Adams who is considered the father of today's metal wood. TaylorMade Golf was acquired by Salomon S.A. in 1984 and the company benefited from the worldwide presence of Salomon S.A. In 1997, the Adidas Group bought a controlling interest in Salomon and the focus was directed to make TaylorMade Golf a leader in golf drivers.

They went on to become number one in golf drivers in 2005. Since then, the company has continued to deliver itself as one of the leaders in golf drivers on tours. Every year TaylorMade aim to improve the performance of golf clubs further, and the release for this year is the hotly anticipated SIM2 and SIM2 Max. A new face curvature, designed to deliver a corrective face angle on off center impacts producing straight distance off the tee.