We Are Open - A Message Regarding Covid-19
Home » Ping

Get the latest news, special offers and more! Sign Up Now

The Golf Shop Online is an authorised online Ping stockist selliing the latest range of products all at incredibly low prices. You will see we offer a full custom fit service on all Ping Golf Clubs, so if you’re after the latest set of irons, woods or putter, we’ll be able to tailor this specifically to your game.

We also offer a huge range of Ping golf bags, luggage and accessories along with the latest in-season Ping clothing & waterproofs. All products are supplied with a full manufacture warranty. With competitive prices, quick delivery and 5 Star trustpilot reviews, make The Golf Shop Online your choice for Ping. Please let us know if we can help you in anyway with your purchase. 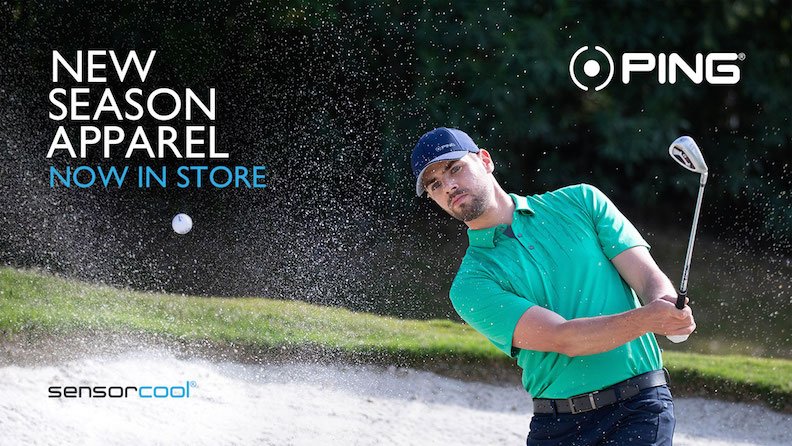 Free Delivery* On All Orders over £20 *Mainland UK only. Highlands and islands, Ireland and some remote areas excluded

As Used On Tour

PING Golf is a leading manufacturer of golf drivers, fairway woods, hybrids, irons, putters, wedges, apparel and golf accessories such as bags, and gloves. PING is a highly recognised brand in golf and is known for innovation, high-quality and service to the golf industry.

PING started in 1959 from a residential garage in California. Karsten Solheim, a mechanical engineer with General Electric at that time, started making his own putters in his garage. He named his first putter as PING 1A, which revolutionised the putter market with 'heel-toe' weighting. They moved to Phoenix, Arizona in 1961 and have been based there ever since. The first PGA Tour victory came in 1962 through John Barnum playing at the Cajun Classic Open Invitational. Over the years it'e popularity continued to rise through innovative clubs such as 69 and Anser. Anser, which was invented in 1966, became one the most influential putters in golf history with more than 500 professional golf wins and to this day the Anser model is still being re-created as a true classic.

In more recent years, PING have made huge advancements in there club technology and are famed for using the colour code fitting chart, a unique way to find out the exact specifications of loft lie and length across PING golf clubs, so you can be fitted correctly.

PING released there G range which has remained one of the most popular and technologicaly advanced product groups on the market. Now with PING G410 and G710 Irons.

Ping, Equipment to play your best!